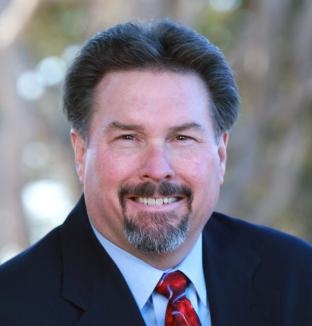 Steve grew up in the Chicago area and attended schools in Durango, Colorado, and Santa Barbara, California. Steve holds a degree in Business Economics. He spent almost 20 years in the advertising and broadcast industries in Southern California before moving to the Monterey area in 1996.

Prior to opening his own office in Monterey (now in Marina) in May of 2004, Steve was with Charles Schwab Private Client as a regional consultant (from Santa Cruz to Bakersfield) and with Morgan Stanley/Dean Witter in Salinas. Steve specializes in fee-based asset management and retirement services for individuals, companies, and non-profit organizations. Steve is an Investment Adviser Representative of the Commonwealth Financial Network.

Steve is a Founding Benefactor and President of The Marina Foundation. Steve also serves on the Board of Directors for the National Steinbeck Center, the Board of Directors of the Marina Police Activities League (PAL),  he is an incoming Board member of the United Way for Monterey County July 2020, is a member of the United Way Finance Committee and, is on the Marina High School Curriculum Design Team. He served as President of the Marina Chamber of Commerce three times, served on the Marina Economic Development Commission (2006-2020), and was a co-creator and Chairman of the Marina International Festival of the Winds.

Steve and his wife, Dorothy, co-chaired the effort to pass a local bond measure for the Marina Larger Library and served on its board of directors. Steve and Dorothy were named Marina's Citizens of the Year in 2002 and were recognized for their contributions to the Library on National Philanthropy Day in 2004.

Steve moved to the Monterey Bay area in 1996 after almost 20 years in Santa Barbara. Here, he met his wife, Dorothy, and his two stepsons, Max and Daniel.

Dorothy was born in San Francisco and lived in Chicago and in Philadelphia prior to moving to Los Angeles with her family at the age of 8. Dorothy is a graduate of Lewis and Clark College in Portland, Oregon, with a B.A. in Foreign Languages. She is also a graduate of the Middlebury Institute of International Studies at Monterey with an M.B.A. in International Management.

Dorothy has resided in Monterey since 1981 where she raised her two sons, Max and Daniel. In 1997, she married Steve. They became business partners in 2004 with the opening of offices in Monterey for First Pacific Financial Services. Dorothy also has her own creative design business, Daisigns, specializing in floral inspired fabrics and gift cards.

Dorothy has taken an active role in the schools in the Marina community, serving on School Site Councils at the Middle School and High School levels. She was also a member of the District Budget Advisory Committee (DBAC) for the Monterey Peninsula School District (MPUSD) for many years and is currently on the Marina High School Curriculum Design Team.

Dorothy and Steve co-chaired the effort to pass a local bond measure for the Marina Larger Library and served on its Board of Directors. Dorothy and Steve were named Marina's Citizens of the Year in 2002 and were recognized for their contributions to the Library on National Philanthropy Day in 2004.